I know. It’s been a whole year since this movie came out. Times have changed, and the world has bigger things to talk about, like the fact that AOC just played Among Us. So why am I still stuck in 2019, you ask?

To that I say, 2019 was a simpler time, and I think we’re all mentally trapped there in some way, shape, or form. Plus, my mind keeps looping the live action Aladdin trailer in my mind, with its A+ version of A Whole New World and the cool visual of Jasmine spinning around while screaming, and so I have to talk about it in order to get it out of my system. And also, after seeing how soul-crushingly bad the Mulan remake was, I would just like to remind everyone that live-action remakes are not inherently terrible, and provide Disney the opportunity to do some real good in the world, even if it is through a blatant cash grab.

With that all said, let’s go even deeper into my Aladdin 2019 rant, starting with my reasons for praise.

#1. It’s better than the original.

As the angry mob in the distance begins picking up their pitchforks and storming towards my house, let me bid you all to pause a minute and ask yourself, “Why did I like the original?” Was it the music? Was it the love story? Was it the charm of everyone’s favorite street rat/diamond in the rough? Was it the smooth, slick Jafar? Was it the Robin Williams Genie?

If so, you are valid, especially about the Robin Williams Genie. But now consider the fact that not only is everything but the Robin Williams Genie still in the new movie, there are also a lot of reasons for Middle Easterners to be offended by the original. That whole thing was full of garbage representation, Orientalist media framing, and the overarching assumption that the Middle East and South Asia are the same place just because they’re both full of Muslims.

The subtle references to the barbarian nature of the Middle East had no right to exist in the first movie, and so I am so glad Disney felt the bare minimum amount of shame necessary to remove those offensive lyrics, as well as the many depictions of women wearing bare minimum clothing and dancing seductively around Aladdin.

Arab culture got some actual shout-outs, which was a huge improvement. Even subtle things like saying “yalla,” showing Arabic script on a scroll, or showing the market ammo in all his market ammo glory was great.

The religion of Islam also got a subtle shout-out too, and even though it was weak, I appreciated the fact that “Sunday salam” was changed to “Friday salam.”

#2. They took one of the most blatantly objectified Disney princesses and made her an iconic and empowered character.

I saw several angry (white) people online before this movie’s release complaining about how Disney didn’t put Jasmine in a belly dancer’s costume, which was unacceptable, because… because nostalgia.

And to that I say, to the sewers with you and your nostalgia.

Any Middle Easterner / Muslim person can tell you that the way Jasmine and the other women dress is, once again, an Orientalist stereotype that brings us no joy whatsoever, because the result is the objectification of a woman of color, along with a complete disregard for an entire culture. Like, have you seen Middle Eastern dresses? They are so gorgeous. They are ethereal. They are sparkly. And you want Jasmine to wear an unembellished cyan crop top? What are you, uncultured?

But moving on from the clothes (because, as we all know, a woman is more than what she wears), Jasmine’s entire role in the story was altered to make her more than just the royal love interest. Now, her primary concern isn’t getting married, it’s becoming ruler of Agrabah.

(Hold everyone’s horses, I just realized that since the “g” sound in Agrabah is — well, a “g” sound — that has to mean that Aladdin takes place in Egypt, since Egypt is the only place in the Middle East where the Arabic dialect actually utilizes the sound “g.” I have made a groundbreaking discovery!)

Jasmine’s intelligence was also shown in the original, but that was, yet again, in the context of her marriage pursuits. In the 2019 version, we get a Jasmine who is a skilled, capable ruler, who is held back only by the fact that she is a woman, and customs dictate that she should marry into leadership instead of taking the throne on her own terms. It’s a story that is relatable, believable, and true to Jasmine as a character. And when she does become the sultan (though really, it should be sultana… they know there’s a word for queen in Arabic, right?), she gets to marry Aladdin on her own terms, by changing the you-must-marry-a-prince law herself. In terms of Disney plot upgrades, this one gets an A+++++ from me.

I watched Aladdin 2019 just before going on a month-long journey to Turkey, where I sadly didn’t catch a glimpse of even one actor from Diriliş: Ertuğrul, but I did get a feeling of what it would be like to live in an ancient Muslim kingdom. And I have a strong feeling that the set designers took at least one trip to Turkey to research the making of Agrabah, because just look at this scene:

If that’s not Pamukkale…

… Then you’re lying to me. Also, check out these wonderful Turkish teacups Jasmine and the Sultan are seen drinking from:

Then again, the kingdom doesn’t seem to be entirely Turkish, because we do have some lovely Moroccan-esque scenery as well:

(This is Marrakech by the way:)

And then there’s these dance numbers that look like wannabe Bollywood, but with some truly baffling choreography:

(What is this? Someone please tell me.)

But despite the bafflement, you can’t deny that it’s a lot of beautiful, beautiful eye candy. I love fantasy worlds that are not Eurocentric, so this was a huge plus for me.

Representation wise, I am so much happier knowing that Aladdin is played by an amazingly funny and culturally relevant Egyptian guy named Mena Massoud, rather than, you know, a white guy named Brad.

Give young Arab boys the representation they deserve, which, currently, is limited to Hollywood’s blatantly racist stereotyping and overdone imperialism-glorifying war movies where the Americans are always the good guys. (Now I’ll chuckle sadly and take a sip of my tea, subtly insinuating that I’ll be writing another full article on this topic soon.)

I did have my reservations about Disney casting a half-white, half-Indian actress as Jasmine, since she is on thelighter end of the brown spectrum, despite the fact that Animated Jasmine is on the browner end of the brown spectrum. This could delve into another long rant about colorism in Hollywood, but we’ve already established that Hollywood is terribly racist, so I’m just going to say that despite my reservations, Naomi Scott won me over in the end. She is an awesome actress and seems like an awesome person too. As a plus, she is also a Deepika Padukone fan and her favorite desi song is Nagada Sang Dhol. What’s not to love?

Okay, but in all seriousness, the fact that the main two actors are so in touch with their cultural heritage, and are not afraid to make cultural jokes on the promo tours, was actually really inspiring to see. Mena is loud and proud about being Arab and growing up in an Arab household. Naomi talks about making chapatis with her grandma and watching Bollywood. In my many (23) years of life, I have never once felt so instantly connected to two actors.

5. We see accented, bearded Arab men who are… the good guys!

Here, I’m talking about the Sultan:

And Hakim, his general:

Both are two visibly non-white men with stereotypically large beards, of the sort that would usually get one cast immediately as a terrorist.

The sultan in the animated Aladdin was a comic relief character as well as a caricature, but the 2019 sultan feels like an actual ruler who is pushed to make certain decisions — re: marrying Jasmine off — because he believes he is acting for the good of his kingdom. At the same time, he is shown to be a loving father, a wise leader, and a guy who enjoys parties by waving his arms around and doing little dances at his daughter’s wedding. This is the exact opposite of what we usually see from Arab/Muslim dads in film, so I applaud the way he was written.

And then there’s Hakim. Ah, Hakim. A guy who looks like he’s going to be the villain, but is actually a loyal, honor-bound man whose strength and resting soldier face are what make him heroic. Again, we usually see this type of person cast as a villain, so I was very pleased to see Hakim having his own little arc and ending the movie as one of the good guys. Plus, there was his dance at Aladdin and Jasmine’s wedding. What talent. I loved his performance. Give him an Oscar immediately.

Back to the serious notes, though: Hollywood has never been so desperately in need of diversity, and if this is the direction we’re going in, it turns out I do have hope for the future.

But because we can’t have completely nice and good things (this is white American Hollywood, after all), I do also have to say that the live action Aladdin fell flat in several ways. I speak about this purely from a representation standpoint, since I have no problems with the actual storyline or any adjustments made to it.

But come on, an Arabian-inspired fantasy that had the chance to showcase actual Muslim representation and culture in a positive way? And you… you blew it?

(I’m not actually shocked, but still.)

I really wish we had seen more characters wearing the hijab. That is something that could have had a hugely positive impact on a young generation of Muslim Americans, and yet you did not seize your moment (ha, Pixar reference) and make it happen. For goodness’s sake, Spider-Man: Far From Home already did it. If Marvel does it, what’s holding Disney back?

And yes, I did see that many women were wearing a form of a head covering. However, it didn’t seem to be very Arabian, and was leaning, once more, towards Turkish.

Also, the insistence on blending Arabia and South Asia together once again. I tire of it greatly. We are two very different peoples. South Asians like spicy. Arabs don’t like spicy. It’s not that hard to separate the two.

Lastly, I wish the Aladdin casting directors hadn’t done the questionable deed of brownfacing some white people in order to look like they were Middle Eastern. That was just a big huge no. Boo.

Having already written so many words on this subject, I really can’t remember why I had the burning need to say all this to begin with. So let me conclude with this: live action remakes of the classics have the ability to take beloved stories and snip off all the problematic bits to create a Disney that is more inclusive to all. Did Aladdin 2019 accomplish this? Yes, it did, and no, it didn’t. But when weighing the Ws against the Fs, I have to say that the wins here come out stronger. Aladdin 1992 might be the go-to for some, but in terms of representation, Aladdin 2019 takes the sultan’s crown.

And on that very cheesy note, I will go wash out my teacup now. 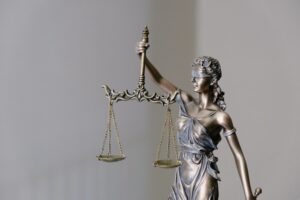